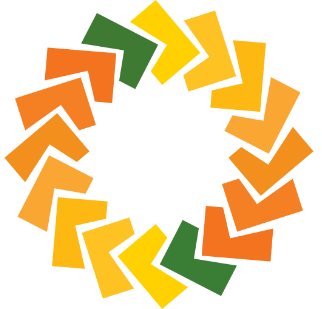 With over 20 years of hands on operating experience Fredrik has worked for sovereign backed asset owners, blue chip development companies, international hotel operators and independent hotels that has given him the ability to truly have a global understanding of all angles of the real estate lifecycle, both at an asset as well as corporate levels, with a special focus on hospitality.

Prior to establishing MEREHA Fredrik was a Senior Vice President of Investment Corporation of Dubai and Head of Asset Management Hospitality. In this capacity he established and lead the asset management function for the hospitality division with oversight of a portfolio of 2.200 keys with a value of US$ 2.5bn, including Atlantis the Palm Dubai, Mandarin Oriental New York, and W Washington DC.  In addition, he had oversight of the strategic implementation and development of 10 pipeline hotels with approximately 2.500 keys in Dubai. He was the Group General Manager for the iconic Royal Atlantis Resort and Residence project on Palm Jumeirah where he led the strategic implementation of the project and oversaw the project governance.

Prior to joining Investment Corporation of Dubai he held the position of Director Operations – Asset Management at Qatari Diar where he was responsible for managing the company’s asset management activities across all asset classes whilst in addition, managing its hospitality division. Qatari Diar’s portfolio, at the time, included 49 projects under development and operation in 29 countries around the world with a combined value of over US$35 billion. His responsibilities also included management of the company’s 40% shareholding in Fairmont Raffles Hotels International (FRHI) where he represented Qatari Diar’s interest as a member of the board as well as committee memb

Before moving to Qatar he was based in Dubai occupying the role of General Manager Development-Hospitality at Majid Al Futtaim Properties overseeing land acquisitions and development activities for its hospitality division across GCC and the Levant and with Melia Hotels International where he was based out of Spain and responsible for the groups development activities across Europe Middle East and North Africa.

He has structured and negotiated numerous hotel management, lease, franchise and license agreements with most major hotel brands, directly negotiated and led teams to conclude asset and land acquisitions and has led development teams for both mixed used and stand-alone hospitality assets.

He holds an MBA with Instituto the Empresa in Spain, a degree from Swiss School of Hotel and Tourism Management in Switzerland as well as Certificates in hotel investment, asset management and revenue management from Cornell University in the US and is a certified RICS surveyor. He is fluent in English, Spanish, German and Swedish languages.